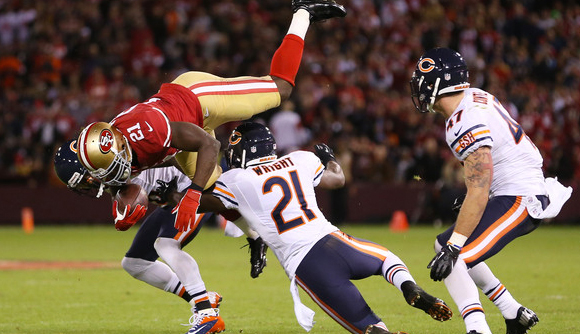 Two of the most traditional teams in the NFC will meet this weekend at Soldier Field. It will be the first time since 2006 that the 49ers visit the Windy City, where they have not been able to win in the last 26 years. San Francisco has a slight advantage in the series with 32 wins in 63 games but has a run of four straight defeats on the road to the Bears. For this game, they are favorites in the NFL Odds at -1.0 and in the last five are 2-3 SU and 3-2 ATS.

Player to watch: Quarterback Colin Kaepernick was intercepted three times in last year’s game, so he will have to improve his performance to win his first match at the legendary Soldier Field. The Bears passing defense was the third worst in the league in 2014, allowing 264.4 yards per game.